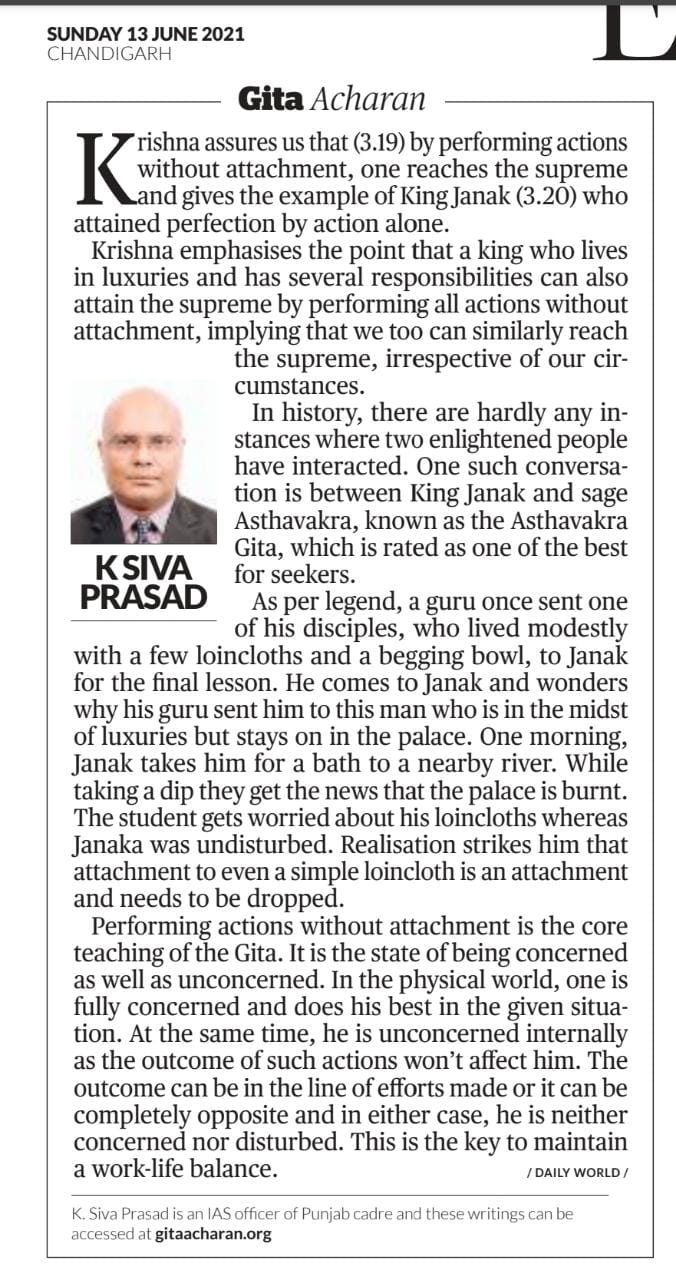 Krishna assures us that (3.19) by performing actions without attachment, one reaches the supreme and gives the example of King Janak (3.20) who attained perfection by action alone.

Krishna emphasises the point that a king who lives in luxuries and has several responsibilities can also attain the supreme by performing all actions without attachment, implying that we too can similarly reach the supreme, irrespective of our circumstances.

In history, there are hardly any instances where two enlightened people have interacted. One such conversation is between King Janak and sage Asthavakra, known as the Asthavakra Gita, which is rated as one of the best for seekers.

As per legend, a guru once sent one of his disciples, who lived modestly with a few loincloths and a begging bowl, to Janak for the final lesson. He comes to Janak and wonders why his guru sent him to this man who is in the midst of luxuries but stays on in the palace. One morning, Janak takes him for a bath to a nearby river. While taking a dip they get the news that the palace is burnt. The student gets worried about his loincloths whereas Janaka was undisturbed. Realisation strikes him that attachment to even a simple loincloth is an attachment and needs to be dropped.